James Clerk Maxwell. Who? Oh, he's only the scientist responsible for explaining the forces behind the radio in your car, the magnets on your fridge, the heat of a warm summer day and the charge on a battery.

Most people aren't familiar with Maxwell, a 19th-century Scottish scientist and polymath. Yet he was perhaps the single greatest scientist of his generation and revolutionized physics in a way nobody was expecting. In fact, it took years for Maxwell's peers to realize just how awesome — and right — he was.

At the time, one of the great focuses of scientific interest was the strange and perplexing properties of electricity and magnetism. While the two forces had been known to humanity for millennia, the more scientists studied these forces, the weirder they seemed.

Ancient people knew that certain animals, like electric eels, could shock you if you touched them and that certain substances, like amber, could attract things if you rubbed them. They knew that lightning could start fires. They had found seemingly magical rocks, called lodestones, that could attract bits of metal. And they had mastered the use of the compass, albeit without understanding how it worked.

By the time Maxwell stepped in, a wide variety of experiments had expanded on the weirdness of these forces. Scientists like Benjamin Franklin had discovered that the electricity from lightning could be stored. Luigi Galvani found that zapping living organisms with electricity caused them to move.

Meanwhile, French scientists found that electricity moving down a wire could attract — or repel, depending on the direction of the flow — another wire and that electrified spheres could attract or repel with a strength proportional to the square of their separation.

All of this was absolutely fascinating, but nobody had any idea what was going on.

Then Maxwell came along. He had heard about all this electricity and magnetism confusion while he was working on another problem: how color vision works. (Indeed, he invented the color photograph.)

In just a few years, Maxwell envisioned the physics and mathematics needed to explain all of the experiments relating to electricity and magnetism.

To do it, he just had to think like a future scientist.

Today, modern physics is based on the concept of the field, an entity that spans all of space and time and tells other objects how to move. While Maxwell wasn't the first to envision such a field, he was the first to put it to work and turn it from a convenient mathematical trick into a real physical entity.

For example, Maxwell envisioned the forces of electricity and magnetism to be carried and communicated by electric and magnetic fields. Maxwell said an electric charge would produce an electric field that surrounded it. Any other charges could sense this field, and based on the strength and direction of the field, it would know how to respond to the force of the original charge.

The same went for the magnetic field, and Maxwell took it one step further. He realized that electric and magnetic fields are two sides of the same coin: Electricity and magnetism weren't two separate, distinct forces, but merely two expressions of the same, unified electromagnetic force. You can't think about electricity without also thinking about magnetism, and vice versa.

Let there be light

Maxwell's insights took the form of 20 interconnected equations, which, a few years later, were reduced to four equations of electromagnetism that are still taught to scientists and engineers today. His revolution followed Isaac Newton's first unification of physics, in which Earth's gravity was joined with the gravity of the heavens under a single law, and Maxwell's equations became known as the second great unification in physics.

Maxwell's insight was huge — who would have guessed that electricity and magnetism weren't just related, but the same? Modern physics is all about finding single unifying principles to describe vast areas of natural phenomena, and Maxwell took the unification party to the next level.

— Three surprising facts about the physics of magnets
— How do we see color?
— Unified field theory: Tying it all together

By introducing the concept of the field to the analysis of electricity and magnetism, Maxwell discovered that light — in all its forms, from the infrared, to radio waves, to the colors of the rainbow — was really waves of electromagnetic radiation.

With one set of equations, one brilliant leap of intuition and insight, Maxwell united three great realms of physics: electricity, magnetism and optics. No wonder Einstein admired him.

Paul M. Sutter is an astrophysicist at SUNY Stony Brook and the Flatiron Institute, host of "Ask a Spaceman" and "Space Radio," and author of "How to Die in Space."

Learn more by listening to the episode "Why should we geek out over Maxwell?" on the "Ask A Spaceman" podcast, available on iTunes and askaspaceman.com. Ask your own question on Twitter using #AskASpaceman or by following Paul @PaulMattSutter and facebook.com/PaulMattSutter. Follow us on Twitter @ and on Facebook.

Paul M. Sutter is a research professor in astrophysics at the Institute for Advanced Computational Science at Stony Brook University and the Flatiron Institute in New York City. He is also the host of several shows, such as "How the Universe Works" on Science Channel, "Space Out" on Discovery, and his hit "Ask a Spaceman" podcast. He is the author of two books, "Your Place in the Universe" and "How to Die in Space," as well as a regular contributor to , LiveScience, and more. Paul received his PhD in Physics from the University of Illinois at Urbana-Champaign in 2011, and spent three years at the Paris Institute of Astrophysics, followed by a research fellowship in Trieste, Italy,

This news comes from: livescience 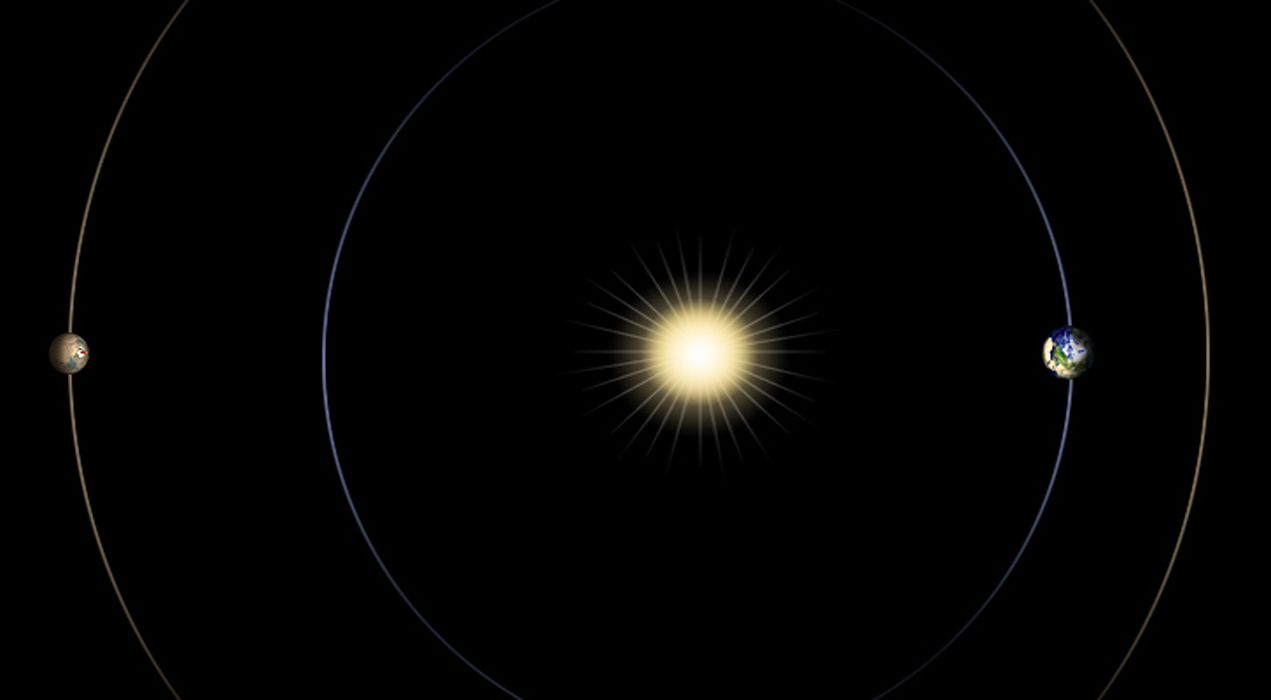 Taking a Break from Mars